In July Google started testing a service called Play Pass at the cost of $4.99 per month with a 10-day free trial during the testing period. This service will offer the ability to buy hundreds of premium apps and games for a monthly cost. The subscription service will allow for some apps and games to be 100% ad-free and will have no in-app purchases and all functionality unlocked.

Apple’s Arcade seems to be a similar offering but with Apple, it is focused on games, whereas this new service by Google is focused on both games and apps.

Last night Google Play tweeted a message It’s almost time Google Play Pass is coming soon. To view, the message CLICK ME. In the test, some of the games on offer are Stardew Valley, Marvel Pinball, and Risk which would normally cost $7.99 per game. 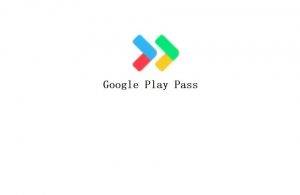 It is too early for me to say if this is a good deal or not. This is going to depend on how many games and apps will be included in the price. Hopefully, Google will keep the titles updated often and offer value to the user. The service will cost the user up to $59.88 per year. If they continue to have new titles and offers all the time then this might be a way to save money. Users might also get the incentive to download games and apps to test that they might not have had any interest in purchasing before.

Only time will tell but looking at the testing titles so far which includes games such as Stardew Valley this seems a good value for money and would have cost $7.99 without the Play Pass subscription so already a saving of $3.

Check Out Some More Useful Posts

About hifi2007 408 Articles
hifi2007 reviews is a way to download APK files that are 100% safe to use. We offer all types of applications For Android TV, Phones, Tablets, and Amazon devices.
Website

Google Play Music has now removed the option to gift Play Music subscriptions. Im not too surprised about this move from Google as previously they removed the option for artists to upload their new music. The send gift option could be found in Settings > General and allowed you to Read Full Article