Popular media storage for all users to watch content is Youtube. It is well known that youtube is now so popular that it is the world media web platform. It is used by kids, dads, moms, and every other Lifeworm that needs to watch nothing to waste their time.

Youtube was not the first but was probably the easiest to use to upload and make money. This allowed even music industries to utilize youtube for Music Videos to be uploaded.

Music standards did take a hit for a while especially lately when users started to listen to the COW song. People are also listening to Macdonald’s singing cow or the latest FROG SONGS which was originally a ringtone.

So What’s going on?

As far as users are concerned youtube is growing and BOOMING with Creatures from around the world.

The Truth is this is far from today’s world. IT IS KILL or BE KILLED on youtube. YouTubers were first given the choice to tell Youtube flagging to take down other YouTubers for wrong copyright issues. Youtube would kill these channels even if the report was wrong. This led to 100,000 thousand youtube channels being removed from the platform.

The first was with Piewdie attacking the entire world by showing HITLER messages.  This was the first of the big problem that youtube faces to get all its money Problems.

One by one of the youtube Sponsered companies started dropping and leaving youtube and never returning, the names included The BBC, FOX, and CNN.

Youtube tried to implement a yellow button for Monetised content on YouTubers. This was to make YouTubers that did not follow the rules have their content demonetized by big corporations. This is an incentive to bring back big sponsoring companies after the hated HITLER message.

This seemed to work for 5 minutes because after that another VLOG hit the big news. Logan Paul releases a video about a guy getting killed on Youtube.

YouTube Ordered to Hand Over Identities of Manga Pirates

Creators of YouTube upload millions of pieces of content to the platform every month. Some upload copyright content, most of its music and videos, that infringe on the rights of the original owners.

When that happens, copyright holders can file claims with YouTube to have the content removed. They can claim via the platform’s Content ID system or by filing a manual claim.

Users are generally aware that these complaints have the potential to lead to a ‘strike’ against their accounts being removed. The publishing giant in Japan seems to want to take things much further.

Following a Federal Court appearance, which the music groups asked for action against four key players.

2conv, Flv2mp3, FLVto, and Convert2mp3.Justice Perram handed down an order requiring most of the country’s ISPs to block the platforms.

This week, the Judge published the reasoning for his decision. While the blocking aspects are specific to Australian law. It contains some interesting comments about the activities of such platforms.

In setting up his arguments, Justice Perram emphasizes the differences between streaming and downloading from YouTube.

Today Youtube has finally lost it. First, it has taken its time but has officially removed 2 Million Youtube Channels worldwide in 2019, Completing a new record of the year of how many channels they have removed.

According to the major labels, so-called YouTube-ripping sites are a major threat to their business models.

Visitors to these platforms are able to enter a YouTube URL and then download whatever content they want. That may be video and audio, or audio alone. Users have less of a reason to revisit YouTube for the same content, affecting both the labels and YouTube revenue. It’s now becoming clear that the music industry, led by the RIAA, wants to do something about this issue.

The latest target for the RIAA is YouTube-ripping giant Y2Mate.com.

They allow for conversion and downloads of content hosted on Google’s platform. 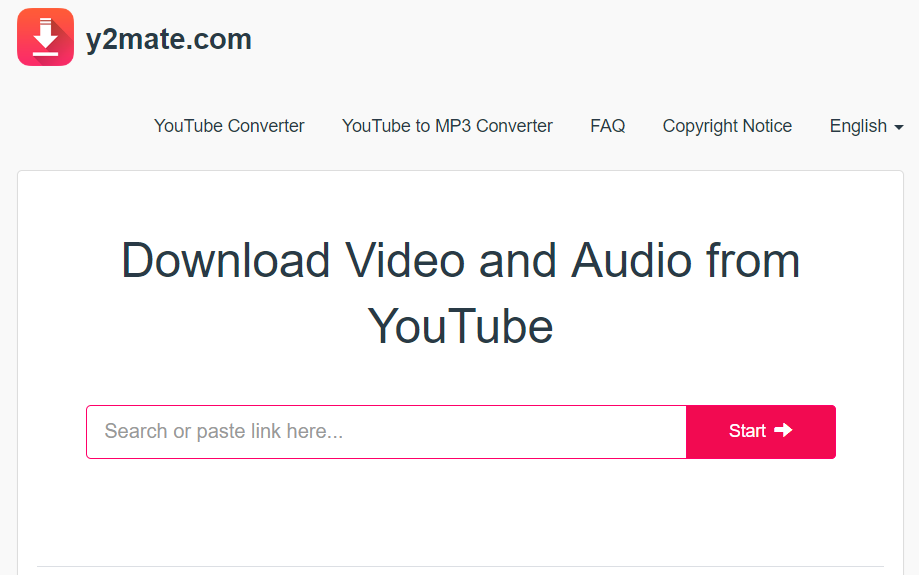 It’s no surprise that Y2Mate now finds itself under the spotlight. According to SimilarWeb stats, it is attracting a huge volume of users, making it a major player on the Internet. Around 89% of its traffic actually comes from other regions, so its ranks on the global stage.

Y2Mate currently attracts just short of 64 million visits every month.Y2Mate Users are within the top 900 most-visited sites in the United States.

SimilarWeb data indicates that it’s the 570th most-trafficked site in the world.

To unmask the operator of this site. The RIAA has just applied for and obtained DMCA subpoenas at the District Court for the District of Columbia.

The first target was Cloudflare which explains that the RIAA is concerned that Y2Mate is “offering recordings which are owned by one or more of our member companies.

It’s not clear whether the RIAA has already sent Cloudflare a separate takedown notice.

A letter to the company notes that if it was “merely meant to facilitate removal of the infringing material” and does not “suggest or imply” that the company can rely on its safe harbor protections under the DMCA.

In any event, the RIAA is clear about why it obtained the subpoena.

The purpose for which this subpoena is sought is to obtain the identities of the individuals assigned to Y2Mate. And have reproduced and have offered for distribution our members’ copyrighted sound recordings without their authorization.

Both Cloudflare and NameCheap are further asked to consider the “widespread and repeated infringing nature” of Y2Mate. Whether that constitutes a violation of the companies’ repeat-infringer policies.

According to the Y2Mate site, however, the platform believes it is operating within the law.

Referring to itself as ‘Muvi’. a statement notes that its only purpose is to “create a copy of downloadable online content. This is for the private use of the user’s fair use. The user bears full responsibility for all actions related to the data.

“Muvi does not grant any rights to the content. It only acts as a technical service provider,” the Y2Mate copyright page reads.

Just last week, the RIAA targeted another YouTube-ripping site, YouTubNow, with a similar subpoena. Within hours of our report, the site went down, ostensibly for maintenance

The new youtube might be shit to some and to some just the norm. Creators are now in trouble and having a hard time making content that is acceptable. Most are going in a different direction, such as MAKING A MOVIE with Hollywood studios, Netflix, or Amazon Prime.