Smartphones have had a Portrait Mode since Apple introduced this in the year 2016 and then followed by other phones since. Google has now decided to offer the feature on Chrome OS devices too. Google Pixel Slate has now got this feature and it is been worked on to offer it to other Chromebooks. For those people who own Chromebooks and Chrome OS tablets and like to take pictures then this might be a good feature to have. 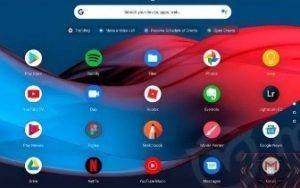 The Portrait Mode feature won’t be offered on every product because of the lower-end devices and low-quality cameras that won’t work that good with this. The feature used to be added with dual cameras when it was first released but these days it is also used in single-camera portrait modes such as the (Pixel series).

Chrome OS 76 will let you open your system menu to see all of the apps and tabs playing audio as well, pausing playing these audio tracks from the menu. Google says they will offer better media controls.

The notification manager will check and clear notifications from Play Store apps on your Chromebook. With the Clear all” button it allows you to dismiss your notifications.

About hifi2007 406 Articles
hifi2007 reviews is a way to download APK files that are 100% safe to use. We offer all types of applications For Android TV, Phones, Tablets, and Amazon devices.
Website