iOS Tweakbox is a very popular app store that provides many patched ad-free apps for Movies, Live TV, Games,ect. It is a free 3rd party AppStore for none jailbroken app that is sideloaded easily on apple devices. This allows the user to download modded games and apps without the need to jailbreak. Tweakbox apps get revoked often and apple soon stops many apps in Tweakbox from working and installing and getting verified. The dev of Tweakbox has been on top of revokes and seems to manage to bring apps back quickly. 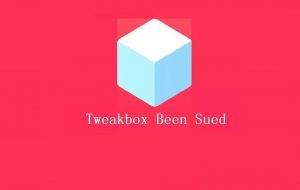 The Dev Luck Ran Out

Just recently the Tweakbox Twitter page got taken down and was Suspended. Not long before this happened the dev tweeted messages about Movie apps that had to be removed. He also tweeted he had no choice about doing this.

According to TorrentFreak, the dev has been put under much pressure recently and now it has been confirmed it is because of a legal matter. A company that is behind the movie Hellboy has hit them with a Subpoena.

Even though these apps have been removed from the TweakBox site, there are still other sources on the web where you will still be able to find the same content. Will they likely come back? i very much doubt it. As of writing the website is still up and working and can be found HERE.

CotoMovies was a very well-known way to watch movies and tv shows for free. The app had the potential to reach millions of users with the ability to be used on many platforms. These include Android phones and tablets tv boxes and even the iOS platform using cellphones, Ipads. There were also options to use the app via Windows or Mac OS using some well-known Android Emulators such as BluckStacks and Nox Player.

The app’s developer has now issued an apology to filmmakers while urging former users to switch to legal services instead. To assist filmmakers in their enforcement efforts, CotoMovies states that it will transfer user data to the copyright holders, who plan to sue More.

It seems this is getting out of control and if we put two and two together we will pretty much make four. It’s clear to me that the Coto Movies dev has or would be going through the same problems as the Tweakbox dev such as a Subpoena or worse. He got out while he could and cut a deal to work with them in exchange for giving up user data. It’s unclear to me what would happen with such data but it is unlikely any average pirate will hear any more from this. I would not lose to much sleep.

What Is Likely To Happen Next?

If i had to guess i don’t think we have seen the last of Coto Movies, why you ask?

It is very likely we are going to see more from it in the way of forks and clones and copycats. When we lose something so big what normally happens is we lose 1 big app and gain 4,5,6 good apps from the fall. Some time ago the Terrarium Tv developer decided to quit or did he? just maybe behind the scenes he was also put under some pressure and forced to leave his project. Who Really Knows?

but either way even though at the time many people were lost in what to use instead of it just a few days later patched versions of Terrarium Tv were hitting the scene. This was the early sign that it was back and it didn’t take long at all. The Terrarium Tv name is probably not talked about as often now but the app was fantastic and so different from the rest, that many developers decided to use this as the core base to start their own journey.