Youtube is the second biggest visited website worldwide and hosts thousands of videos that go viral and reach a huge audience. This platform has everything covering almost every subject. Im sure you will find something of value here and has the biggest video library in the world. You can find videos for many subjects including, classic movies,tv-shows, documentaries, and much more.

On November 12, 2019, Disney+ a new service will be launched in the Netherlands, USA, and Canada and a week later it will hit Australia and New Zealand. This service in the first year is going to offer more than 8,000 television series and 500 plus movies. It will also air more than 25 original TV series and 10 original movies, documentaries, and specials.
Disney+ will be available on Apple TV, Apple iPhone, iPad, iPod touch, Android TVs and phones, Android-based Sony TVs, Google Chromecast and built-in devices, Xbox One, PlayStation4, and Roku TVs and streaming players. The service will cost $7.99 per month (currently £7.99) or $79.99 annually (£79.90), less than the recent Netflix price increases.

If you want to watch Hulu original series or currently airing shows straight after they have aired then for as low as $6.99 this is possible. The lowest package will still have some commercials shown but you can also upgrade to the ad-free package for $6 more.

Hulu + Live TV now with Disney+ and ESPN+ starts at $69.99/month You can watch your favorite live sports, news, entertainment, and more. You will also get unlimited access to the full Movies and TV library. You will have the ability to record shows and watch them later. The service has over 60 Live streams to watch.

Netflix is a commercial-free service that lets you binge-watching entire seasons all at once. This starts from as low as $9.99 depending on what package you choose. The service lets you stream unlimited films and TV programs on your phone, tablet, laptop, and TV, Netflix has an extensive library of feature films, documentaries, TV programs, anime, award-winning Netflix originals, and more.

Sling TV allows you to watch Live TV just like cable or satellite. If you choose the basic plan this will cost around $35 each for  Sling Orange and Blue or $50 for both together and includes 60+ channels. There is an option to buy add-on packages for an extra $5 that includes sports. movies and cartoons for the little ones.

Philo is yet another LIVE TV service that offers more than 58 channels. For as low as $25 a month it has channels like Hallmark, AMC, Nick, and TLC. This service will let you have 3 devices running and you can record an unlimited amount of shows.

YouTube TV offers more than 70 live tv channels and will let you watch local channels in your area. There are also sports channels like ESPN and CBS Sports, Olympic Channel, and Tennis Channel.There some entertainment channels such as ,AMC,FOX,ABC,FOOD NETWORK,TNT,DISNEY.BBC.The service will cost you $64.99 for up to 6 devices per month and is probably the least value of them all but what you will get is a stable service.

Amazon Prime Video offers the ability to watch thousands of popular movies and TV shows including exclusives and award-winning Amazon Originals available in over 200 countries and territories worldwide. As a Prime member, you will get 2-day free shipping included as well as prime music at no extra cost. This service can cost as little as $6.99 for those that have Government Assistance. 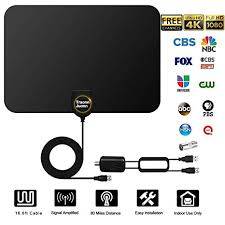 If you use a good quality Digital TV Antenna you can pick up a good amount of over-the-air channels for free. Digital TV typically provides between 20 and 60 channels depending on where you live and can save you at least $1,000 a year, based on a typical pay-TV subscription.

Pirates are always searching around the web for free content such as Movies and TV shows and LIVE TV. One of the most popular ways is filesharing via torrent websites such as The Pirate Bay. Sites like The Pirate Bay offer so much content and include Movies, TV shows, Pirated Software, and much more. The Pirate Bay is 1 of the longest surviving websites in this genre.

Other Ways To Save Money and Cut the Cord Include

Android is now becoming a very popular way to watch free television. Installing your favorite apps will give you assess to many Movies and TV shows and LIVE TV and can be watched completely free of charge. There are so many Popular unofficial apps available and you are on the right website to find all these apps. Feel free to use the search and explore many options. We also have many other popular websites such as Mobilism, Maris Review Channel, Husham.com and so many more.