UKTV Play is the streaming home for fans of comedy, documentary enthusiasts, and drama lovers, all for free and on-demand.
UKTV Play is a video-on-demand service owned by UKTV, launched in August 2014. The service offers catch-up programming from UKTV’s free-to-air channels including Dave, Drama, and Yesterday. 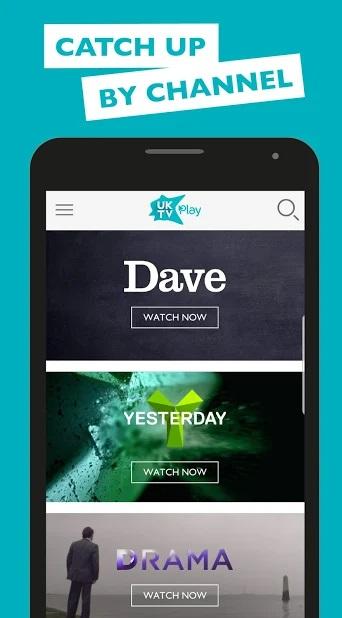 UKTV Play was first announced in June 2014 as UKTV’s first digital-only brand. Kick back and stream your favorite TV shows and box sets from Dave, Yesterday, and Drama channels. Stream thousands of episodes, including hilarious comedies such as Hypothetical, fascinating fact-packed documentaries like Architecture the Railways Built, or binge-worthy dramas like The Brokenwood Mysteries.

UKTV Play has a huge selection of comedy such as Meet the Richardsons, Big Zuu’s Big Eats, and Taskmaster. The best in quality drama such as The Bill or The Brokenwood Mysteries. Plus, popular factual content such as Bangers & Cash and Abandoned Engineering.

Is It Free To Watch The UKTV Play Free App?

UKTV Play is a free on-demand TV service from UKTV. It’s where you can watch shows from Dave, Drama and Yesterday, all in one place.

If you would like to download the original it can be found @ playstore. Please note this is a United kingdom service only and can only be downloaded from the UK.