Glewed TV is another way to watch free and legal movies and TV Shows. The app has over 1000 Movies and TV shows and some of the categories include food, children, sports, DIY, educational, documentaries, animals/wildlife, travel, comedy, product reviews, and movies. 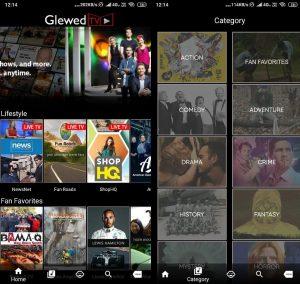 Yes Glewed TV is a 100% free and legal app to use on many platforms including, Phones, Tablets, FireTV, Firestick, Nvidia Sheild, and others. The app is supported by advertisements that pay for the content so we dont have to.

What platforms do Glewed TV Support?

To watch the web version on your personal computer click on the official website and you can watch the same offerings via a browser.

Just recently Glewed TV has Partnered with Crackle to offer an EEP (Educational Entertainment Programming) for the Soul Entertainment (Nasdaq: CSSE) company which will offer two series from crackles library of the Homeschool Channel providing ways for parents to educate children while at home.

To view, the official playstore page click on GlewedTv, so far the app has received 10k downloads but comments are lacking. If you like the app why not leave them a nice comment?

How do i activate the Android TV with the Nvidia Sheild?